PANAMA CITY BEACH, Fla. (WMBB) – We are monitoring Elsa, which is back down to Tropical Storm status. Monday morning, it was nearing Cuba with winds of 65 mph.

The interaction over land this weekend significantly reduced the speed of the storm for a small chunk of time, as it moved across Havana. Late Monday night and early Tuesday morning the storm will return to the water in the Straits of Florida, and is expected to stay within the eastern realm of the Gulf of Mexico. Elsa’s second landfall is still estimated to be just north of Tampa at this time.

At the moment, the Florida Panhandle remains on the far western edges of the forecast track. Because of this, our area will see little in the way of impacts as Elsa rides up into central and northeastern Florida throughout Wednesday. Moisture will be loaded to the north and east portions of the topical system, leaving us on the dry side here at home. Main impacts will be felt offshore, with seas and surf increasing through the first half of the workweek. Impacts may be gusty with breezes out of the north and east, then north and west as the storm passes. Areas east of Hwy 71 and the Forgotten Coastline could see gusts up to 35 mph throughout Wednesday. Potential tropical storm force winds shouldn’t reach much further west than the Nature Coast, near Jefferson and western Taylor County. Minor storm surge is possible for areas of Franklin County and Apalachicola Bay.

The latest path shows a landfall just north of Tampa early Wednesday morning. The forecast remains weak for the storm and it should be mainly loaded on the east side of the storm thanks to shear pushing the majority of the rain and wind well east of the center of circulation. We will continue to watch for any shifts in the forecast over the coming days.

A Tropical Storm Watch has been issued for the southeastern Florida Big Bend area including the Apalachee Bay.

Here's some events to get Bay County in the holiday spirit 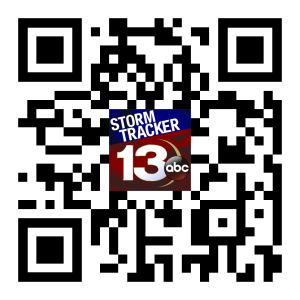 Wreaths Across America Bay County Florida in need of volunteers

Who is the real Ghislaine Maxwell: Epstein enabler or pawn?

Shoppers weigh in on if Thanksgiving was more expensive this year

Josh Duggar trial: A timeline of events and everything to know