Tallahassee, FLA (WMBB) – On December 23rd, defense attorneys for former Lynn Haven Mayor Margo Anderson and Phoenix Construction owner James Finch, through a series of filings, asked for charges and key witnesses to be dismissed ahead of their February trial.

Now, federal prosecutors Andrew Grogan and Justin Keen have filed their response to the motions, asking the court to not provide any of the requested actions.

Finch’s attorney, Guy Lewis, listed several “Bad Actors” that they wanted to be excluded from testifying at trial.

The first person was now former Assistant United States Attorney Stephen Kunz. Kunz retired on December 31st, 2022, and is no longer participating in the case. Regardless, the prosecution makes no mention of Kunz by name in their filing, though they do state “many of the assertions and contentions in both Defendants’ papers are just not accurate. Addressing all of them here would take longer than the time afforded the government to respond. Therefore, this paper attempts to address the ones that appear to be most useful to the Court’s resolution of the motion… but that is not a concession regarding the other inaccuracies or distortions.”

A footnote in the filing does acknowledge an error by “the prosecutor” at an earlier grand Jury, stating:

The second was the former FBI case agent on the case, who is also now retired, Lawrence Borghini. The defense claims that Borghini mislead multiple Grand Juries throughout the process and was instrumental in bringing in what they call “flawed indictments”.

Prosecutors have responded to this claim by stating, “Apparently, the defense hopes to exclude that testimony and then spend the duration of the trial attacking that agent and the investigation, with the Court’s assistance… and without rebuttal.”

Specifically, the defense takes aim at the testimony by Borghini in relation to the design-build process that Defendant Finch wanted the city to pursue post-Hurricane Michael. Prosecutors cite witness testimony here that was the basis for Agent Borghini’s testimony, quoting from an undisclosed witness interview the following:

While the Government acknowledged again (as they have in previous filings) that some of the testimony that Borghini gave was later found to be inaccurate, they state “the defense’s remedy regarding inadvertent errors of this sort would be to cross-examine witnesses or present other evidence.”

Next, defense attorneys take aim at a Bay County Sheriff’s Office investigator, who they claim is corrupt and unduly influenced by the now-deceased former owner of Gulf Asphalt Company (GAC), Derwin White. The prosecution disputes this claim, arguing that the defense claims they have direct evidence that the Investigator leaked information to Derwin White but have yet to produce said evidence. Without substantiated evidence, “Defendants requests… are not tailored to any legitimate complaint they have.”

Lynn Haven Police Chief Ricky Ramie was next on the “Bad Actor List” produced by the defense. The basis of the defense complaint is that Ramie allegedly sat on evidence gathered by Defendant Anderson for several days before turning it over to the Sheriff’s Office and that he had a close friendship with former City Manager Michael White, who had already pled guilty in a related case that demonstrated ‘shocking misconduct and bias’.

Addressing the accusations of misconduct and bias, the Government first takes issue with the defenses’ claim that the text messages were “buried”. Prosecutors say they delivered the entire contents of Ramie’s phone to the defense, in a searchable format that was the same way the Government used the information. Furthermore, the information disclosed during the evidentiary hearing “is not relevant and probably could not be used at trial.”

The Defense also asks for the testimony of former City Manager Michael White and current City Manager Vickie Gainer to be excluded. On that, the prosecution says they can find “no basis whatsoever for the exclusion of their testimony.”

After the “Bad Actors” list, the Defense had a list of “Bad Acts” they wanted to be inadmissible.

The first was a charge of “multiple flawed indictments” and “extraordinary, repeat misconduct and law enforcement corruption.” The basis for this is the fact that the indictment has been whittled down to just a few counts from the original 63. Here, the prosecution says that Finch cites no basis for any charges to be dismissed.

The Prosecution then goes on to address some of the now-former charges, such as the allegation that former Mayor Anderson’s property was cleaned up by ECS. In it, they discuss the “three Anderson properties” which they say are “Anderson’s home with her spouse, her mother’s house next door, and what is apparently her cousin’s house next to that.”

At the evidentiary hearing in December, Anderson’s legal team presented evidence that the cleanup was done only on a city-owned easement. Here, the government pushes back:

Next, Anderson’s attorneys take aim at Borghini’s testimony about her travel with Finch before previous Grand Juries. In response, the prosecution pokes holes in several of the defense theories.

The prosecution says that the while the Andersons withdrew money, there is no evidence that they paid for airfare or lodging on the trips. For instance, on the third trip noted, July 22, 2017, the Prosecution writes “there does not appear to be any airfare or lodging expenses for
that trip. This again suggests that the Andersons traveled on Defendant Finch’s private jet to the Keys, paid for two of their own meals, and stayed on Defendant Finch’s yacht—which is consistent with the former case agent’s testimony before prior grand juries.”

Prosecutors also say that a defense counsel exhibit of a $6800 withdrawal on July 17th by Lee Anderson, Margo’s husband, is misleading.

The defense also asks that the Government make available documents seized in relation to another case from GAC in an electronic form. The prosecution points out that a hard copy of all the material has been available to the defense “since at least September 2022” and that the defense has “chosen not to inspect or copy it.” In essence, the prosecution is arguing that the Defense is trying to make the government do its job for them. The government points out that the Court has already noted that the government is not obligated to do this, “especially in a case where the Defendants are not indigent.”

They also point out that they have already produced some of the seized documents electronically after they made copies for Derwin White’s widow in relation to her estate litigation, of which Defendant Finch is apparently also a party.

In a footnote on this section, prosecutors take aim at the defense theory that Derwin White was the ringleader of corruption in and around Bay County.

In regard to the allegations surrounding Derwin White and GAC, the Government openly speculates about the relationship between Finch and White.

You can read the entire filing below:

Finch and Anderson argue they were ‘whistleblowers’

Editor’s Note: This is the second of three stories we are sharing Thursday about the Lynn Haven corruption case. A status conference is scheduled in the case for Friday. That conference could determine how quickly the case will go to trial. A trial date is set for Monday, but that could be pushed back. LYNN […]

Editor’s note: This is the first of three stories we are sharing Thursday about the Lynn Haven corruption case. A status conference is scheduled in the case for Friday. That conference could determine how quickly the case will go to trial. A trial date is set for Monday, but that could be pushed back. BAY […] 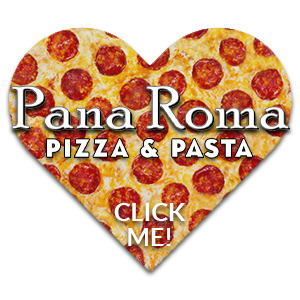