BAY COUNTY, Fla. (WMBB)– To many George Bass looks like any other FSU student, but he has something that makes him unique: he’s autistic.

George’s mother, Denise Bass said she is in awe of her son, for coming so far as doctors initially said his life would look very different from what it is now.

According to the CDC, 1 in 44 children have been identified with autism. April is Autism Awareness Month, the month provides a space to be created for those to be educated about autism, and those living with it.

“Autism is a diagnostic term for children that experiences difficulties in learning, social skills and any type of repetitive or stereotypical behavior that impedes them from moving through life as a neurotypical child would do,” said Dr. Nikki Dickens, the Program Director at The Early Childhood Autism Program housed at FSU Panama City.

Dr. Dickens explained that just like its symbolization through the puzzle piece, every person with autism is unique and diverse.

The Early Childhood Autism Program seeks to provide that specialized care and attention through Applied Behavior Analysis Therapy (ABA) and it caters specifically to the patients needs.

“It ranges from walking to talking and definitely navigating through those social challenges,” she said.

The program was not in existence when George Bass was growing up, and while his mother, Denise, is happy it’s available for other families, she feels there needs to be even more resources for those with autism.

“There’s so many varying degrees for these kids, and as they grow up it doesn’t go away,” she said.

Through years of therapy and support from his family, George has reached a milestone doctors never thought possible.

In May 2022, George will get his Bachelor’s Degree in Social Sciences with minors in Psychology and Political Science from FSU Panama City.

And he has a special message he wants us all to know about those with autism.

“People with autism can do a lot of things, even change the world,” he said.

On April 8, The Early Childhood Autism Program will host its 10th annual Auction for Autism Awareness. It will be at 5:30 p.m. at the Holley Center at FSU Panama City.

Tickets are $30, kids 12 and under are free. The event will feature raffles, silent auctions and door prizes. 100% of the profits go back to The Early Childhood Autism Program. Their goal is to raise $10,000 which would provide 400 hours of therapy to families in need. 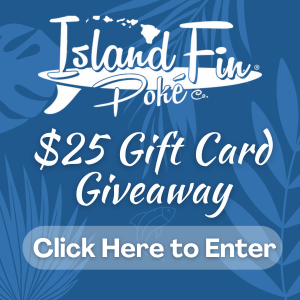 On Balance with Leland Vittert

‘We’re in a crisis’: Farmers sound alarm over coming …

How does a country join NATO?

Police got wrong suspect in Moab murders: Dog the …